Kaleb Cidre and Eric Weisser make key steals in overtime to lead No. 4 Eagles to a 51-47 win over No. 5 Blue Devils.

WINDHAM — Virtually from start to finish, and for every nail-biting moment in between, the Class AA North boys basketball quarterfinal between Windham and Lewiston came down to who took better care of the basketball.

Windham’s 15-point lead early in the third quarter and Lewiston’s valiant comeback to force overtime were both the product of what Blue Devils coach Ronnie Turner would later call “valuing the basketball.” And two Eagles’ steals in the final minute of overtime were the difference in their 51-47 win in Wednesday night’s playoff classic.

Fourth-seeded Windham (8-11) advances to face top-seeded Edward Little in the semifinals at 3:30 p.m. next Wednesday, Feb. 19, at Cross Insurance Arena.

Lewiston, the fifth seed, ends its season at 10-9.

Evan Williams’ three-point play gave the Blue Devils a 45-43 lead with 2:07 left in overtime. Lewiston forced a jump ball on the Eagles’ next possession to get the ball back but couldn’t capitalize.

Windham tied it on Kaleb Cidre’s hoop inside with 1:20 remaining. Eric Weisser followed with a steal and layup to give Windham the lead, but David Omasombo (16 points) answered for Lewiston with a clutch pull-up jumper to make it 47-47 with 46 seconds left.Advertisement

Weisser, who didn’t scored in regulation, calmly made two free throws to put Windham back in front with 37.3 seconds left. Cidre (17 points) then snuffed out Lewiston’s bid to tie or take the lead by stepping in front of a pass to the left wing, his eighth steal of the game, and drove the rest of the way for the layup that sealed the win for the Eagles.

“I saw them (making that pass) all game, and I was waiting for the right time go and get the ball and get ready for a fast break,” said Cidre, a junior.

“We turned the ball over,” Turner said. “We didn’t value the ball, and that’s on me. Maybe I should have called a timeout and tried to control it. But I just wanted the kids to play. That’s what we’ve been doing all year, and it bit me in the butt. This is good experience for our kids, and I’m just happy to be their coach.”

Lewiston pulled the ball out against Windham’s 2-3 zone on several occasions late in regulation and overtime. Windham reluctantly had the players at the top of the zone, Cidre and Weisser, come out to defend the quicker Blue Devil guards after a few seconds each time. The gamble paid off.

“I really didn’t want to do that,” Windham coach Chad Pulkkinen said. “Our defense makes teams play different. We just wanted to put a little bit of pressure on that in that situation, so we extended it a little bit just to get them to throw the ball around a little bit faster.Advertisement

“It allowed Kaleb and Eric to get steals in crunch time. Eric’s one of the longest defenders in the league, and he’s super athletic and knows how to read passes. He had a great play at a great moment.”

“We just made sure we kept our hands up,” Cidre said. “The two top guys are the most aggressive on the defense. We just did our job. Everyone did their job and it paid off at the end.”

The Blue Devils battled through an extensive shooting drought in the first half and watched Windham got on an 8-0 run to end the half with a 22-14 lead after a three-point play by Cam Brown and a 3-pointer from Dylan Gorman.

The Eagles extended the run to 15-0 through the start of the third quarter. A 3-pointer by Chris Naylor and a steal and layup by Cidre made it 29-14.

“He’s the heart and soul of our team and he’s a competitor,” Pulkkinen said. “He’s a young guy, but he’s taken a huge leap in leadership this year.”

But Lewiston turned up its defensive intensity to force eight Eagle turnovers in the quarter and ended it with a 18-3 run sparked by Dylon Jackson (nine points, seven rebounds, six assists, three steals), who converted a pretty spin move in the lane then forced a turnover and fed Omasombo at the other end of the fast break for a layup.Advertisement

“We started to compete,” Turner said. “We focused our energy on defense and getting stops and playing as fast as we can. I thought we did that really well and it gave us a chance to get back in the game.”

Jackson’s two free throws sent the two teams into the fourth tied at 32-32.

“They’re an explosive team,” Pulkkinen said of Lewiston. “We’ve seen it all year. They have great third quarters. They can shoot it. They’re athletic. They get in the passing lanes and they play great defense. My hats off to Ronnie. He’s done an incredible job this year. Just a class act, and we’ll have a lot more battles, I’m sure.”

A 3-pointer by Omasombo gave Lewiston its first lead of the game at 35-34 with 6:26 left. Williams (11 points, nine rebounds) and Cidre each drained a pair of clutch free throws in the final 1:20 to send the game into the extra session still tied at 40-40. 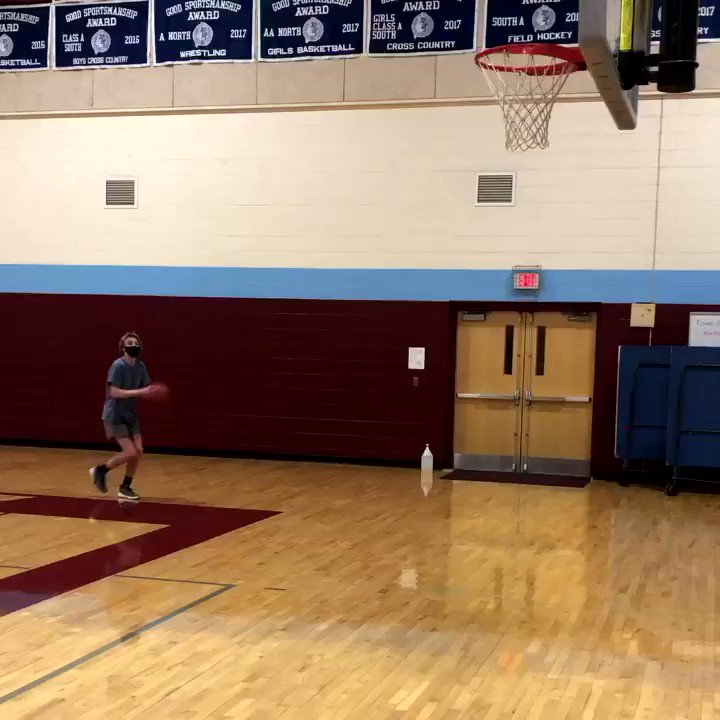 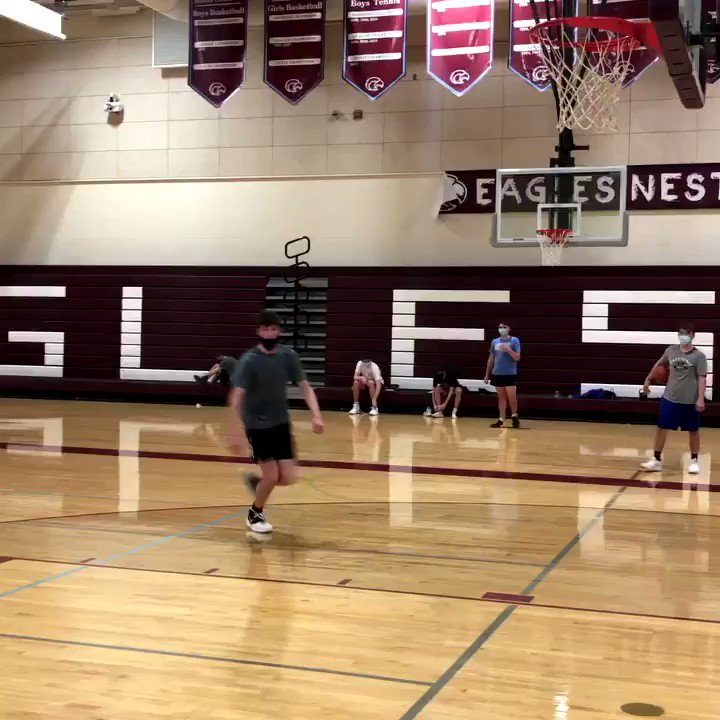 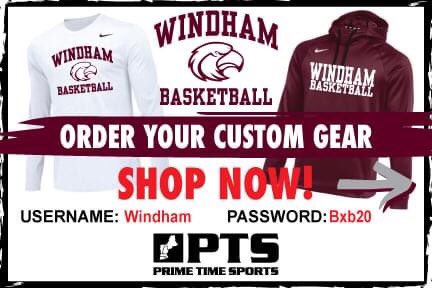 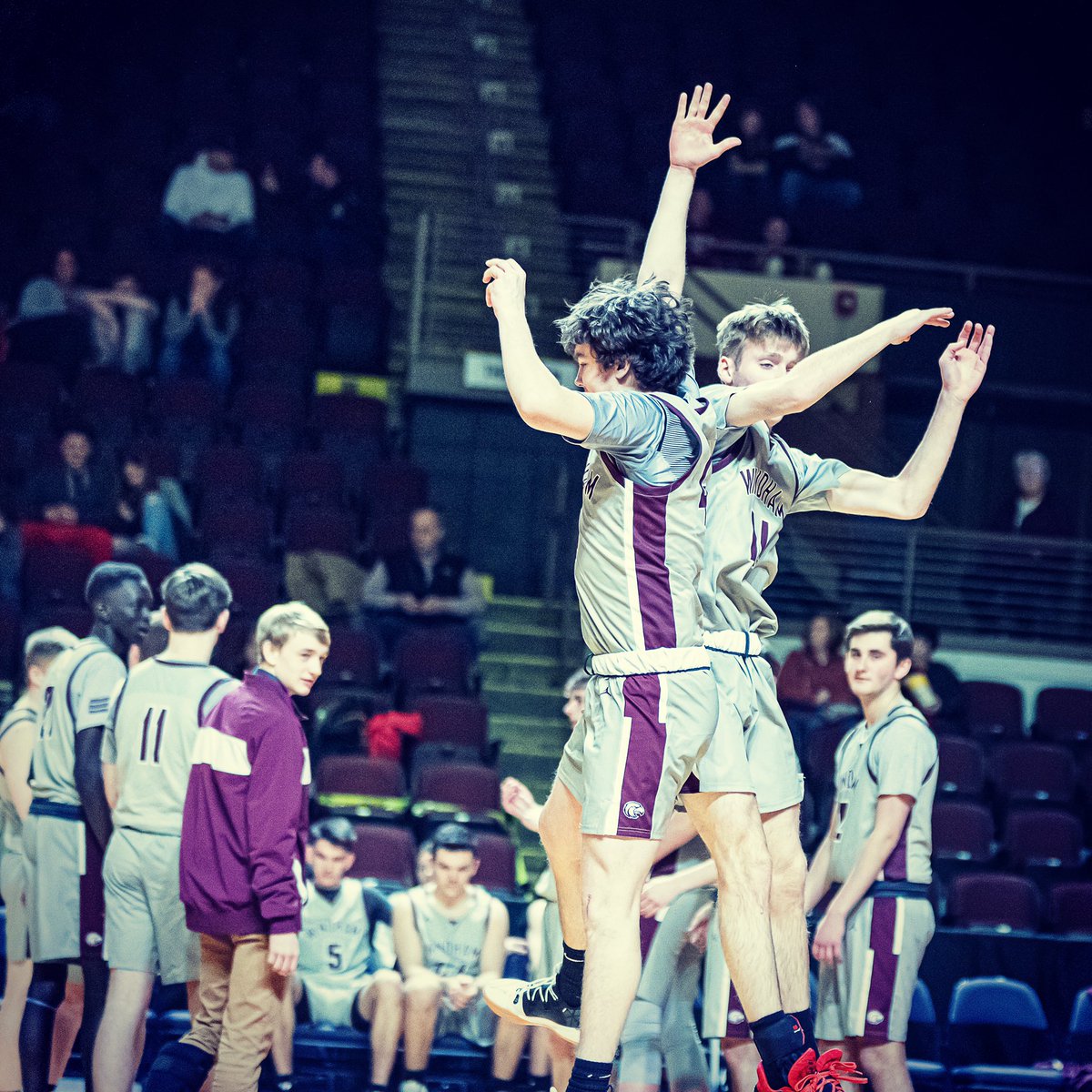